Since the IX General Assembly (2014), the Congregation was structured in geographical areas.

The history of our Congo mission begins for the Company in 1958, at a difficult political time for the country, which delays its realization.
The independence of the Belgian Congo has been realized in an uneasy environment. There are fears for the safety of the missionaries and their future is not clear.

The four missionaries have finished their preparation in Belgium and are already in La Loma (Madrid), where they end the year 1960 waiting patiently to be called.

Finally, in September 1961, they depart by plane to Leo as the sisters are referred to as the country’s capital.

The missionaries begin work in the dispensary and the school, shortly afterwards they also start social work.

THE REVOLUTION DESTROYS THE NEWLY BEGUN WORK IN INTSWEN, IDIOFA (1964): The press brings alarming news about a rebellion in Congo and points our region as one of the most affected. On February 3 arrives the first letter from Congo, telling the last days of the mission and leaves us distressed, THE DEPARTURE. We cried and experienced their distress.

Encouraged by the acquaintances and the letters of Mons. Toussaint, it was decided to return to Leo (Kinshasa) while they waited to be able to return to the diocese of Idiofa and meanwhile see the possibility of having a mission place in Leo that could be at the same time house to welcome the sisters who come from the interior and the procurator house.

In May 1965, great news, they would go to Mwilambongo, one of the largest missions in the diocese.

The first tasks in the mission will be to give life, to open horizons, to create hope, to heal, to accompany, to teach, under the impulse of the love of the Heart of Jesus. 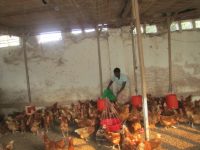 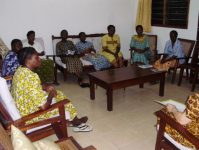 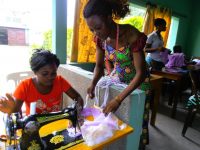 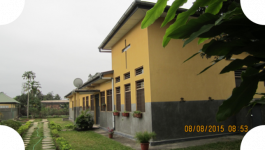 Diocese of Idiofa
The house of Idiofa: Founded in 2016: Situated in a suburb of the periphery with a developing parish, where the integral formation is felt. A presence that awakens faith. After almost a year of our presence where they have achieved some remunerated jobs, which, though not much, is a significant contribution especially in these most needy places: Ernestine in the Development Centre of the diocese, Suzanne in a private school run by the same local Church and Marie Claire, giving some psychology courses in a university in Idiofa, which according to what she told us, leaves us unsatisfied due to its malfunction. 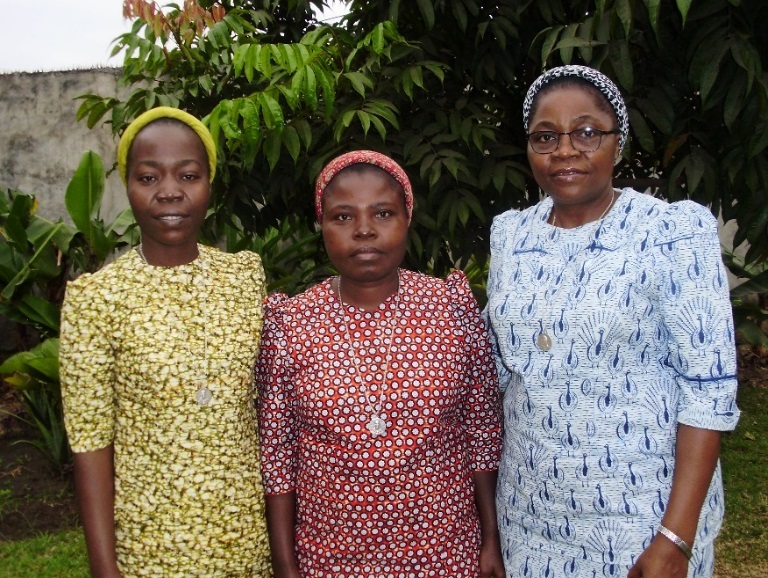 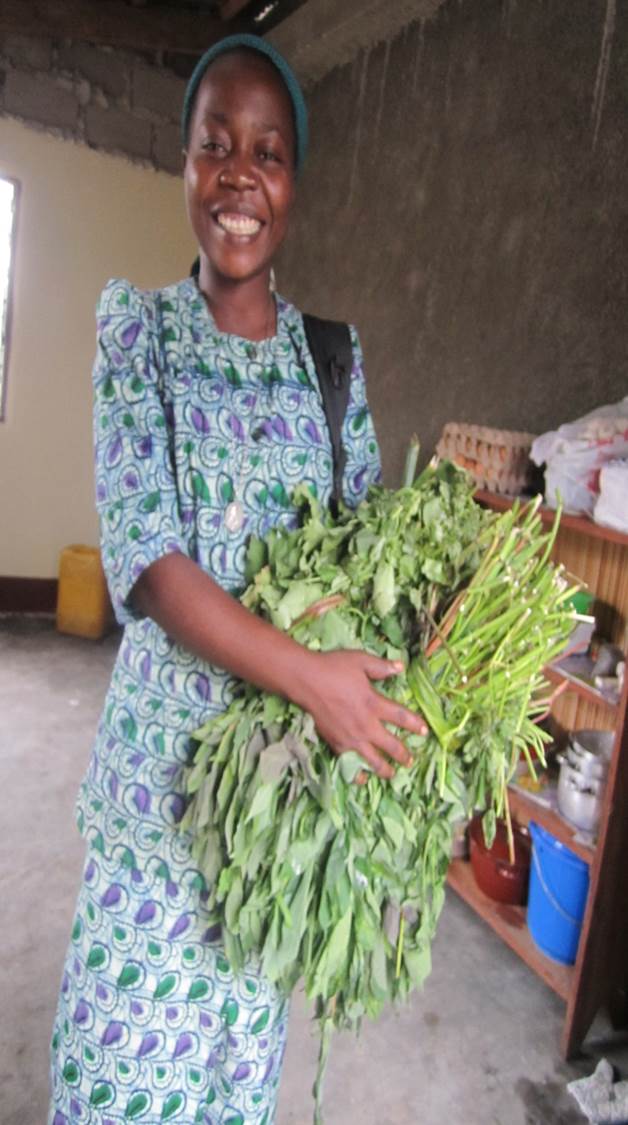 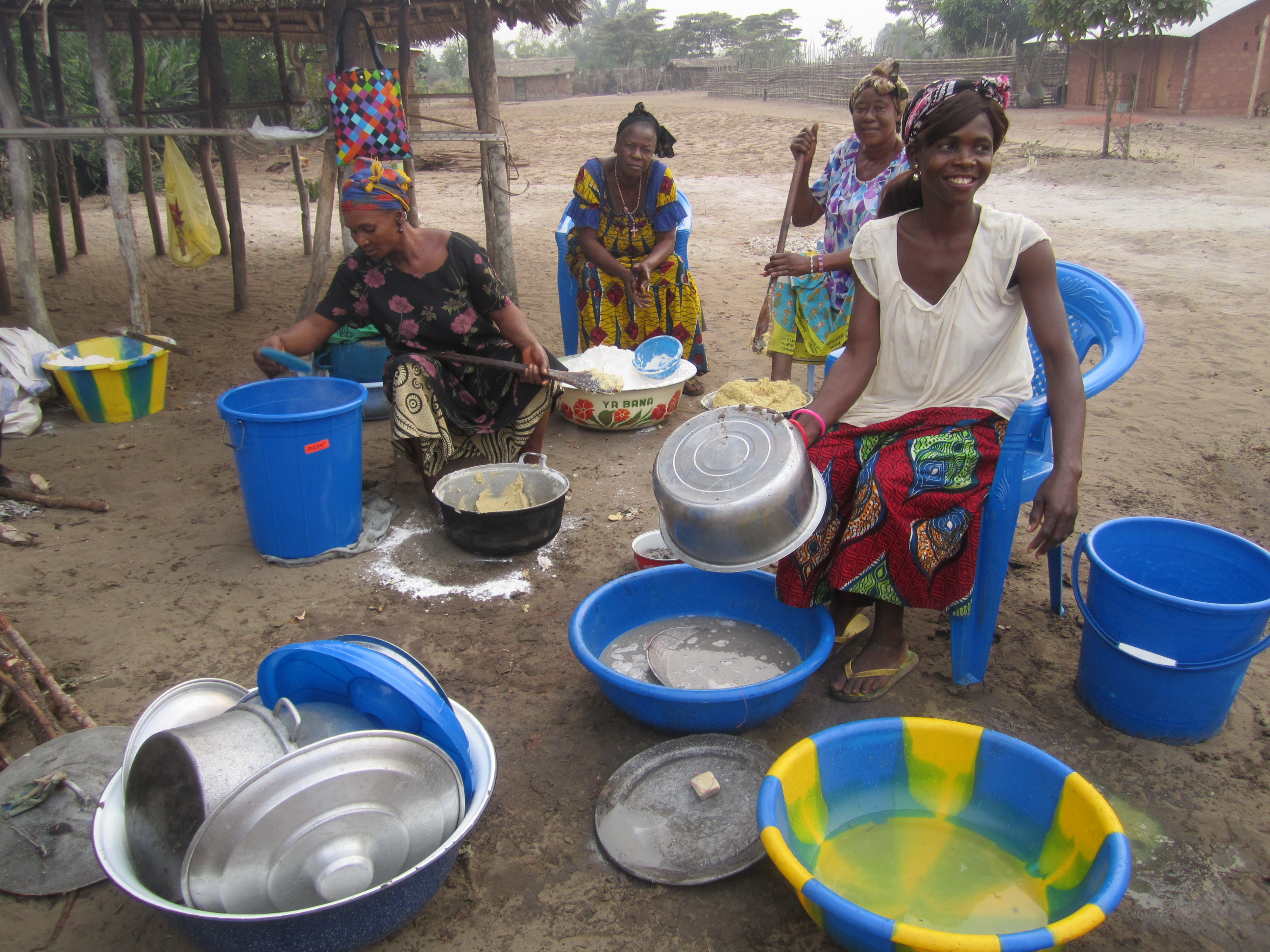 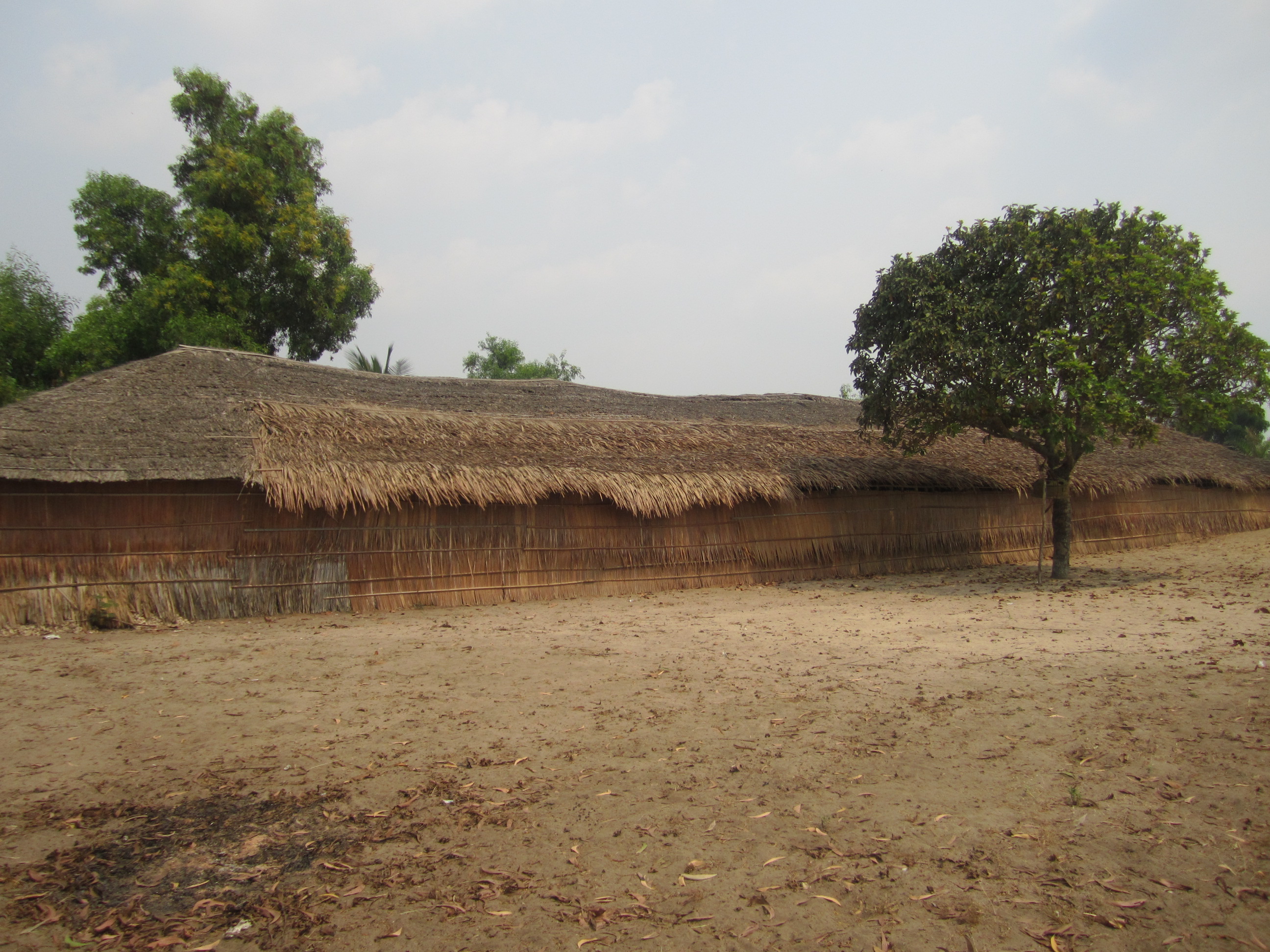 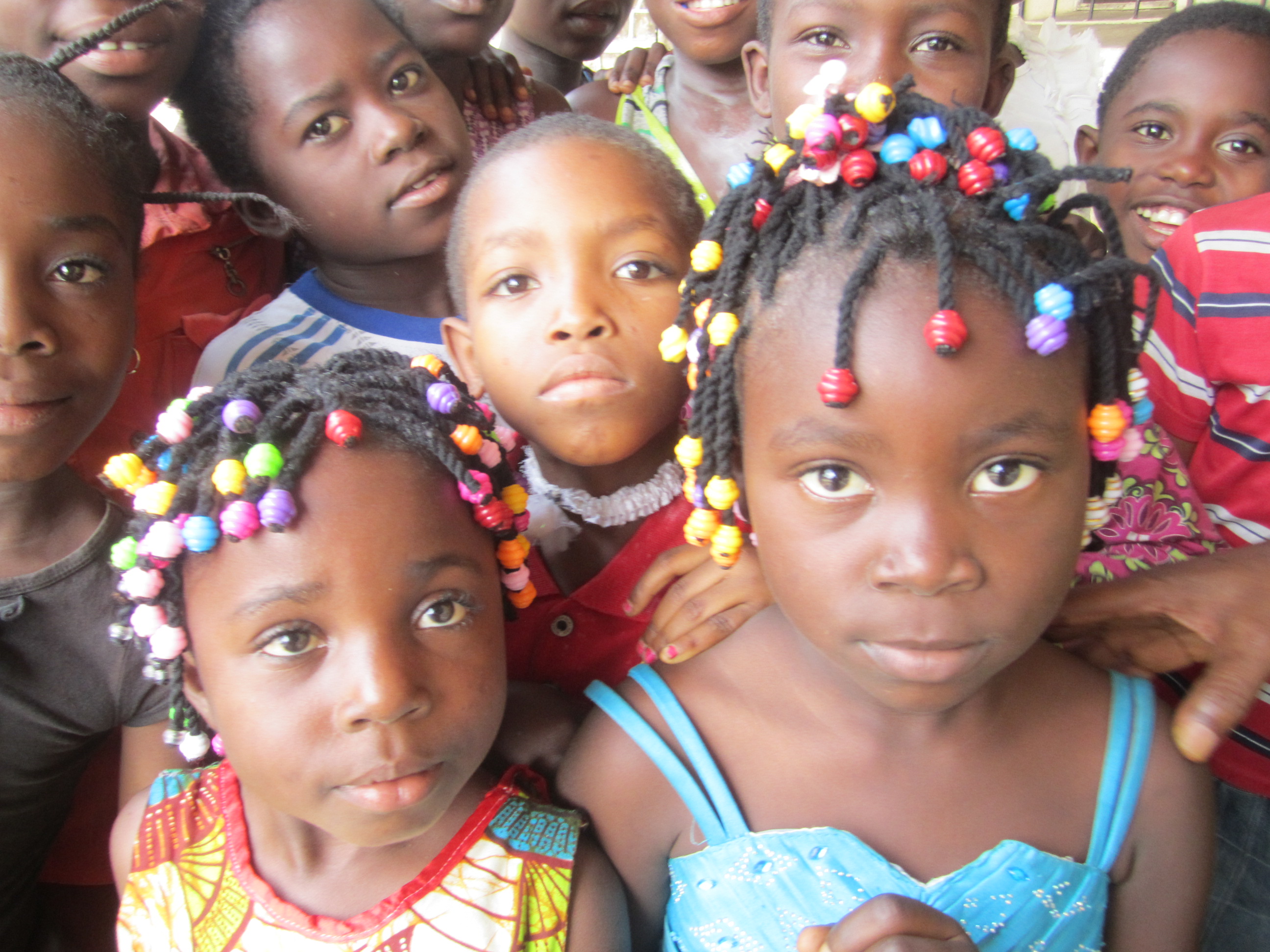 Founded in 1975: It was a mission without a priest and the sisters assumed all the pastoral work. For Christmas and Easter there was almost always a priest. Not all in the village are Christians but there is a small group that, little by little, discover the demands of their faith and that they are already questioning how to incarnate it in the concrete aspects of their lives. Some of them collaborate enough in the catechesis and participate in the liturgical celebrations that they have for all the people.

Social work is done in the Social Centre and the sisters visit the villages. In the year, 1980, they granted Matshi a High School. The dispensary that is made of locally found material but because of the rains it had to be closed down so that the medicines would not be damaged until the new one is finished, which was being built with the work of the "salongo". Community. In 1983 a parish priest was appointed. Matshi is growing like the missions of Mwilambongo, Koshimbanda and Banga. Since in our constitutions we say: "Due to the demand of our specific vocation, our permanence in a mission will not last longer than is necessary for the formation of the Christian community with a guarantee of continuity and autonomy ......." Const Nº50, on the 1st of April 2018, after being there for 43 years, we leave the mission of Matshi. mission of Matshi. 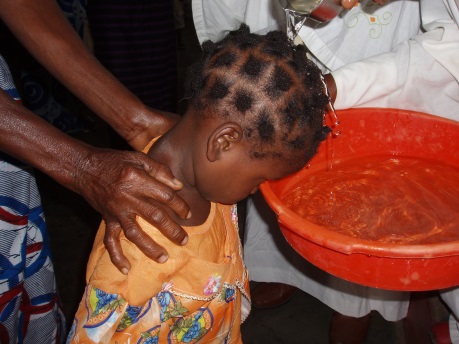 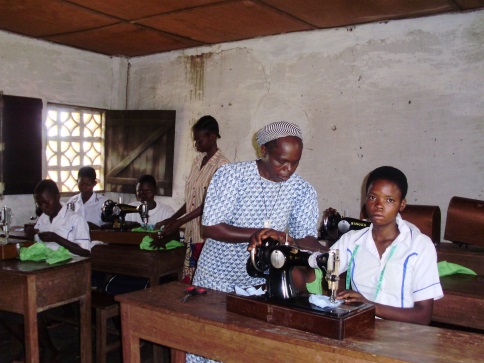 KIMWAKASA
The General Government approved KIMWAKASA, in the “Plateau de Bateke”, as a new place of presence of the Missionary Society in Congo since it responds to our Ad-Gentes charism. The year 2017-2018 will be a year of preparation for this new foundation. 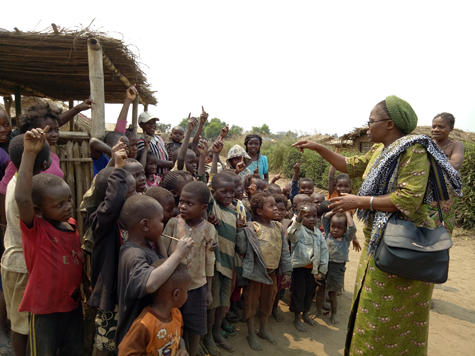 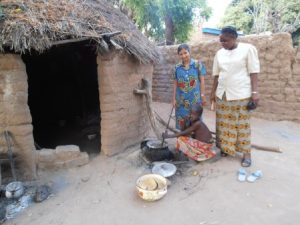 During the six-year period of 1996-2002, the Missionary Society experience a strong impulse to renew the Ad Gentes mission and to locate itself in border areas. The Region of Congo has 4 houses: Kinshasa, (the missions of Matshi and Banga) and M’fouati in the Congo Brazzaville. Both countries live very turbulent times from the political point of view. 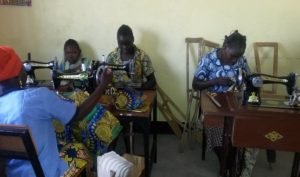 In 1997 the troops of Laurent Kabila progressively occupy the country and displace the dictator Mobutu after 34 years in power in Congo-Kinshasa. Laurent Kabila proclaims himself president, but two years later he is assassinated (2001). In 1998 a rebellion broke out caused by the neighboring countries that had helped Kabila to seize power and occupying Congo. Peace agreements happen year after year, but they are not effective.

In Congo-Brazzaville civil war breaks out in 1997 that will lasted more than 5 years. On December 28, 1998, the Mfouati sisters had to leave the mission because of the war to go to Kinshasha where they joined other communities.

There is a proposal to open a mission in Chad and a search process begins.

In May 2001, the General Government approved the decision to open a house in Chad, the town of Baktchoro was chosen.

The sisters began to meet to elaborate the community project and see the activities they could do in the parish. They begin to visit families to understand better this new reality, with the difficulty of facing an unknown language, "marba". It is true that some who knew French could begin to understand each other. An effort was made to learn their language. The activities that the sisters started working were: work with the woman; visit families periodically; work with the youth, with children and in education, in the kindergarten of the parish that was just beginning.

Work with disabled children and youth in need of surgery in order to rehabilitate their physical condition. A training centre was built to have tailoring courses for disabled girls

The Kindergarten became a Primary school, called Father Tansi and, later, the secondary school was created, called Toni and Maite, with seven years of training to acquire a bachelor’s degree. For many years the Baktchoro school, Primary and Secondary, has been a reference school for the quality of teaching and organization, thanks to the perseverant and silent work of the sisters. Other schools in the Diocese followed the same methodology and organization. 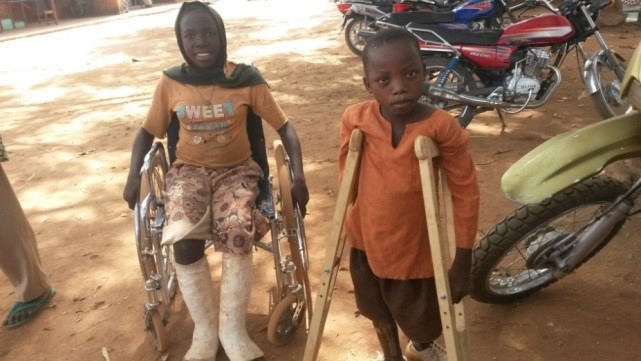 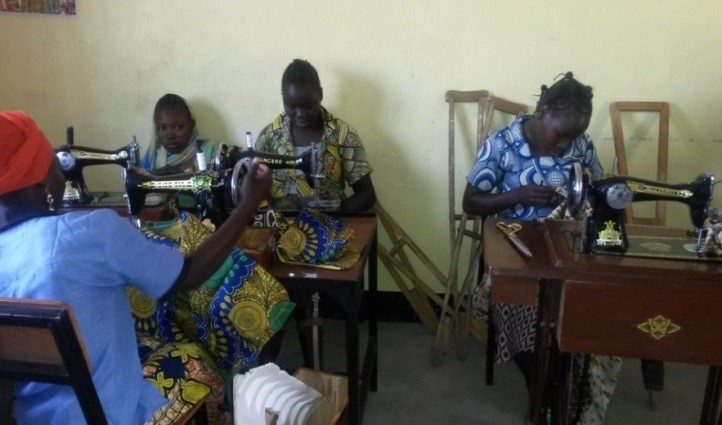 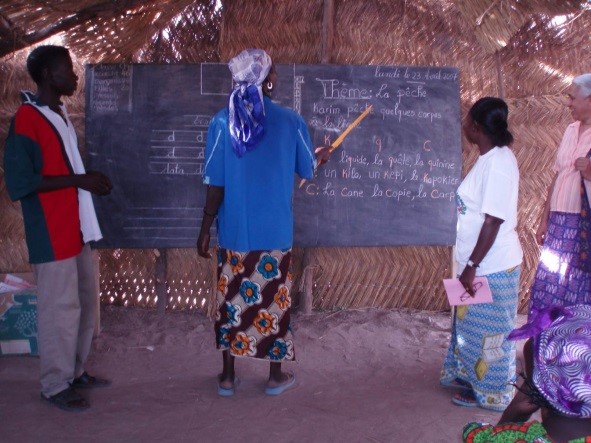 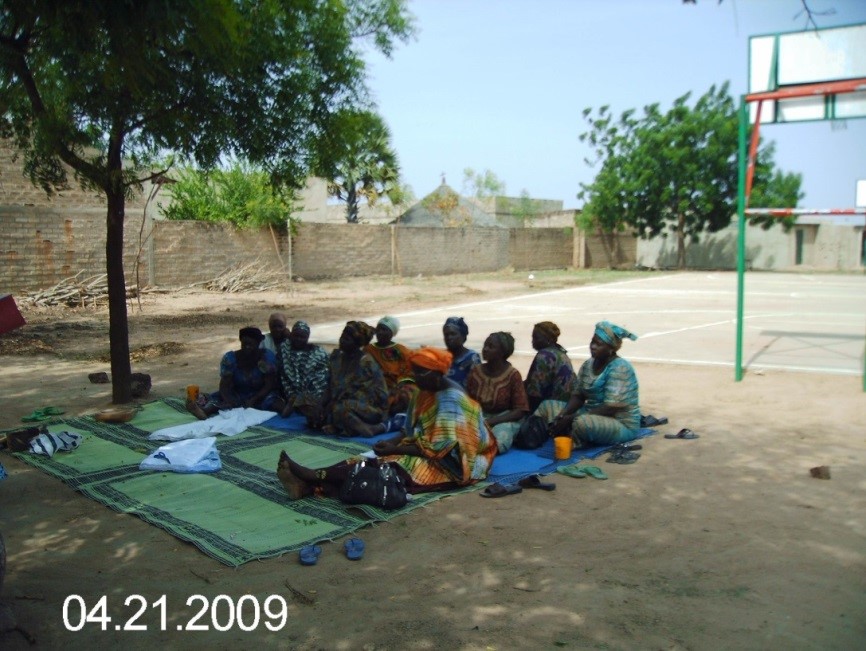 The boarding “Madre Pilar”, that was created by our Sr. Marie Claire with the aim of promoting the formation of girls, their education and thus delay the age of marriage, is very common in the "marba" culture.

In order to strengthen the new foundations, a second community is formed in Kelo (about 25 km away), on 11th of October, 2003.

The sisters collaborate in the diocesan project to help AIDS patients..

Since alcoholism is a big problem in the neighbourhood, they soon began to meet with a group of women with the aim of finding means of livelihood for their families that could be an alternative to making traditional alcoholic beverage, the main source of family income. The sisters give them literacy and human formation and practice; Currently there are more than 60 members who are organized into three groups working on a microcredit project associated with the parish.

The sisters participate in pastoral activities in close collaboration with the parish priest.