Why am I from the Missionary Company?

I was seduced by your clarity of missionary identity and fell for you surrendering myself at your feet. As time passed by, I have come to know you more deeply; I love your bountiful heart, the greatness of your ideals, your deep desires rooted in the Heart of Jesus and, above all, the missionary zeal that enables you to come out of yourself and of your frailty, in order to reach out to the poorest, the farthest and the marginalized. You share your life with them, you take the unconditional love of God to them, you give them their dignity as human beings.

I like the simple and family spirit that we breathe in our communities. Thank you for having taught me to follow Jesus Christ and to discover Him loving me through simple people, the sick and the poor of Poipet - Cambodia.

Since those years when you arrived in my city, Surat, for the first time, you knew and loved my parents very much. In fact, I could say that you knew me before I was born. I had nothing to hide from you, you knew my history. You knew my positive and not so positive side and I too began to know you since I began school in the Parish. You know, from the first moment I was attracted by your missionary zeal and joy which you always radiated. Your gentleness and love with which you treated me called my attention.

I was touched seeing you speak of Jesus with such love and enthusiasm…it showed how deeply you were in love with Him.

Having belonged to you, I have widened my horizons and I feel privileged to be an integral part of an International and multicultural Body.

I hope that you will always give me what I need, so that the path which I follow belonging to you, may be filled with meaning so that the Kingdom of God may spread and reach the heart of all those who still do not know You.

I keep remembering… my early attraction for the Sacred Heart of Jesus…for the missions… she generously welcomed my desires, at times confused but irresistibly wanting to do the Will of God...in the Missions.

Another testimony that I have received of “Evangelize by loving” which the Lord makes me acknowledge and be grateful.

What has the Missionary Company been to me? I see it as the path that has led me to my present experience, a path that has not lacked darkness and light, difficult moments and great joys. A path that God has set for me and in which I have been able to live everything. Today when I think about it, my heart is filled with gratitude.

Later, working in the Leprosy Hospital of India and coming in contact with so many people, I discovered myself more and more… of the Missionary Society.

I am exposed to the Treasures of His heart and be able to discover the Secret of “HIS BEING”. His Unconditional and forgiving Love for me is Great and makes me feel that He accepts me just as I am.

My family came to leave me in Monteville. On saying bye to them and before leaving, my brother whispered in my ear “Don’t worry you will feel at home”. Yes, it has been like that. The Constitutions Nº 12 says “Fraternal Life in the Society is lived in a Family Spirit, its simplicity, joy and openness as is the style of Jesus”. This is what my brother soon captured on seeing the environment of the sisters and it is true.

I met you by chance, I was in the Faculty of Medicine of Madrid, and there I was a little lost, I was happy to see a Religious: Emilia Martinez, I approached her, we talked for a long time, I became enthusiastic about your missionary exclusiveness. I did not forget you and after three years I went to you again.

Yes, my dear Mis. Society, I have felt very happy through the 49 years I lived in the Amazon Rainforest of Peru, with the Awajun and Wampis tribe. How I enjoyed visiting them in their native Communities, from Santa Maria de Nieva. Of those few men and women I learned how to share from whatever little you may have. 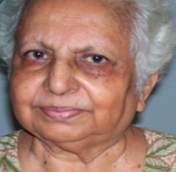 I came to know that in La Loma and in Tarancón your missionaries were cheerful, united, very very poor and had a very universal zeal and spirit that embraced the whole world. I began to see that my longing to be religious and missionary could be fulfilled in you.

The objections of the family were many and very real. My only answer was that God called me there, moreover I liked the universal spirit.

From the beginning, dear Mis. Society, you made me feel that I was part of your family ... Mother Pilar, was your living presence that made me open my heart to the whole world, specially to the poorest and the most suffering.

There is something very beautiful that you made us feel dear M. Society when we came to participate in your life, and we felt missionaries, and even though knowing the difficult situations of the missions, instead of feeling frightened, we lived with eagerness of going as soon as possible to the missions. You sent me to Colombia: Docordó, Pichimá, Callelarga, Guapi, and Medellín to heal and live among the poor my surrender to the Lord.

I consider it a great gift of God to have met you on the path of the long search or spiritual pilgrimage of my life.

During this time of waiting, I was discerning on which Congregation to choose and, at that crucial moment, the GREAT LIGHT OF THE LORD came to me providentially when reading in a simple magazine of the Association of Sick Missionaries that THE MISSIONARY SOCIETY OF THE SACRED HEART OF JESUS WAS A RELIGIOUS CONGREGATION EXCLUSIVELY MISSIONARY.

For the missions where I have been going, Mwilambongo, Koshimbanda Matshi and the CRHP of Kinshasa, I have been very happy in all of them trying to prepare people to fend for themselves, be it in teaching, in carpentry, construction, agriculture, in whatever they learned and could teach others later, like me, many things I also had to learn.

Since 2008 that I was in the Lyceum, your name and Charism attracted me. I was touched and my entire life changed.

Little by little, I realize the transformation and evolution of my person because of your help and support. Your charism becomes life in me. You help me to realize that the only language I should use is to speak of God who is Love, without whom I cannot do anything.

My missionary experience in Morocco has helped me specially to understand the responsibility of the experience of the gospel that is lived without words. To respect the difference in our profession of faith in union with the sisters that you have given me to support one another and walk together.

... I explained the desire that I had in my heart:

_ A small Community. _ Dedicated to evangelization by making Jesus known in remote places and the poor. _ That there be strong moments of prayer. _ and a life of good relationship.

He honestly told me that he did not know such a community. The priest who had accompanied me had worked with María Luisa Picón in the pastoral ministry when he was a seminarian, but it seems that his cassette had been erased, but one day after speaking about my vocation, he arrived at his house, entered his library and randomly searched for something to read, and he found it:

The profile of the Apostle today. MOTHER PILAR NAVARRO had given him that book on the day of her priestly ordination. He soon called me saying: "Sonia, I know the community you are looking for, it is called the Missionary Society of the Sacred Heart of Jesus". 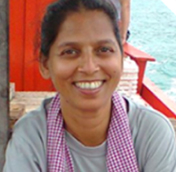 My heart is full of gratitude to you. You are part of my life and I am blessed by you, I am proud and happy that I belong to you.

My heart never tires of thanking the Lord for having known you. When I think of you, I remember my childhood, you were present in my village and other neighbouring villages, like the light of God. You have proclaimed the Good News and the love of God. As a child I played with you under the tree, you taught me catechism. I have grown up with you. When you visited us, I visited other families with you. I can still see your face full of enthusiasm, full of life, filled with the Spirit of God. With a grateful heart, I want to tell you that the gamits from the areas of Vyara and Songadh have benefited a lot from you and through you. You have planted the seeds of faith and today they are bearing fruit. When I think of my Call, I always feel that you are part of my life even before I know you and through you, I have experienced the love of God in my life. Through you, God sowed the first seeds of vocation in my religious life.