Foundress of the Society
Pilar Navarro

Mother Pilar Navarro was born in Cuenca in December, 1908. She joined the incipient Society on the 20th. Feb. 1942. She is rightly considered by the Erection Decree and all the Missionaries, the Foundress of the Society, as she took charge of the small Community soon after she joined when everything seemed to be collapsing at any moment.

Truly, she had given her whole life to the Society. Her unshakable faith in God, her ceaseless work, her ardent heart have made possible all that exists in the Congregation today.

She was the General Superior from 1944 to 1966. Out of nothing, or better said, out of her faith and trust in God´s Will and His Providence she has built a Missionary Institution on firm base whose apostolic work reaches the whole world.

Mother Pilar Navarro with her words and example has inspired a broad, sober and joyful supernatural spirit. Within the possibilities of the Society, she promoted from the beginning a solid, intellectual as well as a practical formation and, above all, religious formation for the Sisters even in the midst of many obstacles.

We cannot ignore M. Maria Isabel Alonso, Vice-General Superior from the beginnings of the Congregation, a faithful collaborator and irreplaceable help to Mother Pilar from the very first moment. Together with the two, the groups of the first Missionaries who, with enthusiasm collaborated to lay the foundations of the Society. Mother Pilar Navarro died on 23rd March, 2006. 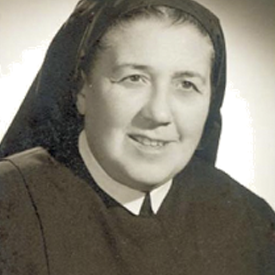 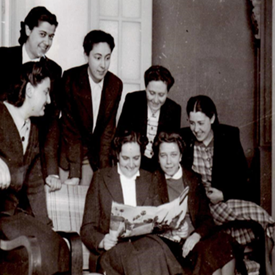 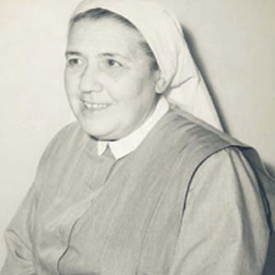